Human Genetic Potential | Can a Chiropractor Help with Nerve Pain?

The 21st century promises to be packed with exciting technical research and innovations and none is more promising than the rapidly growing field of human genetics. The next one hundred years can truly be called the century of human genetic potential.

For DNA: A Defining Moment for DNA

For a decade, the double stranded thread of genetic code known as the human genome project has been the object of the biggest and boldest biological enterprise ever launched, costing about two billion dollars and requiring millions of times the computing power used to land a man on the moon. The Human Genome Project, formally begin in 1990 with the goals of identifying the estimated 100,000 genes found in DNA, determining the sequence of the three billion chemical base pairs in DNA and storing information. 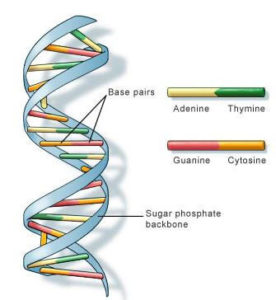 Human Cell: Each of the 100 trillion cells in the human body(with the exception of red blood cells) contains the entire human genome—all of the information necessary to build a human being. This information is coded into three billion base pairs, sub-units of DNA (egg and sperm cells have half this amount of DNA.)

The Cell Nucleus: Inside the cell nucleus, six feet of DNA are packaged into 23 pairs of chromosomes. (one chromosome from each parent is in each pair)

As a carrier of information, DNA is 45 trillion times more efficient than the most advanced silicon computer mega chip, which is made by high skilled teams of design engineers.

Chromosomes: Chromosomes contain the DNA for hundreds of thousands of individual genes—the units of heredity. Two of these sets are sex chromosomes that determine our genetic sex; the other 44 are the 22 pairs of autosome traits. 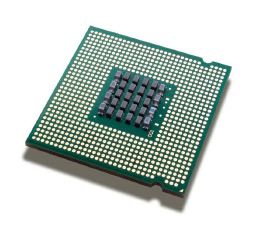 Genes: Each gene is a double—stranded DNA that holds the recipes for making a specific molecule—usually a protein. These recipes are spelled out in varying sequences of four chemical bases in DNA. A (Adenine), T (Thymine), G (Guanine) and C (Cytosine). The base pairs form interlocking pairs that can fit together in only one way. “A” pairs with “T” and “C” pairs with: G”.

Proteins: Proteins (Greek for “primary element”) are made up of polypeptide chains that in turn make amino acids, which are the body’s essential components of all organs and chemical activities. Some proteins, called enzymes, control the chemical reactions that occur within living things. The structure of a gene—that is the instructions contained in its DNA—determine which protein it makes and when it makes it

RNA: Ribonucleic acid is a single-stranded molecule located outside the nucleus that can be considered a ‘chemical slave” of DNA. RNA carries out the orders for a protein synthesis issued by DNA. There are three forms of RNA that work together to carry out the instructions of the DNA. They are: 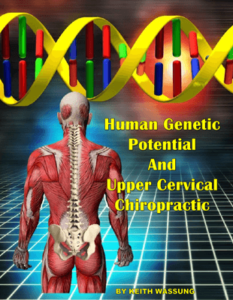