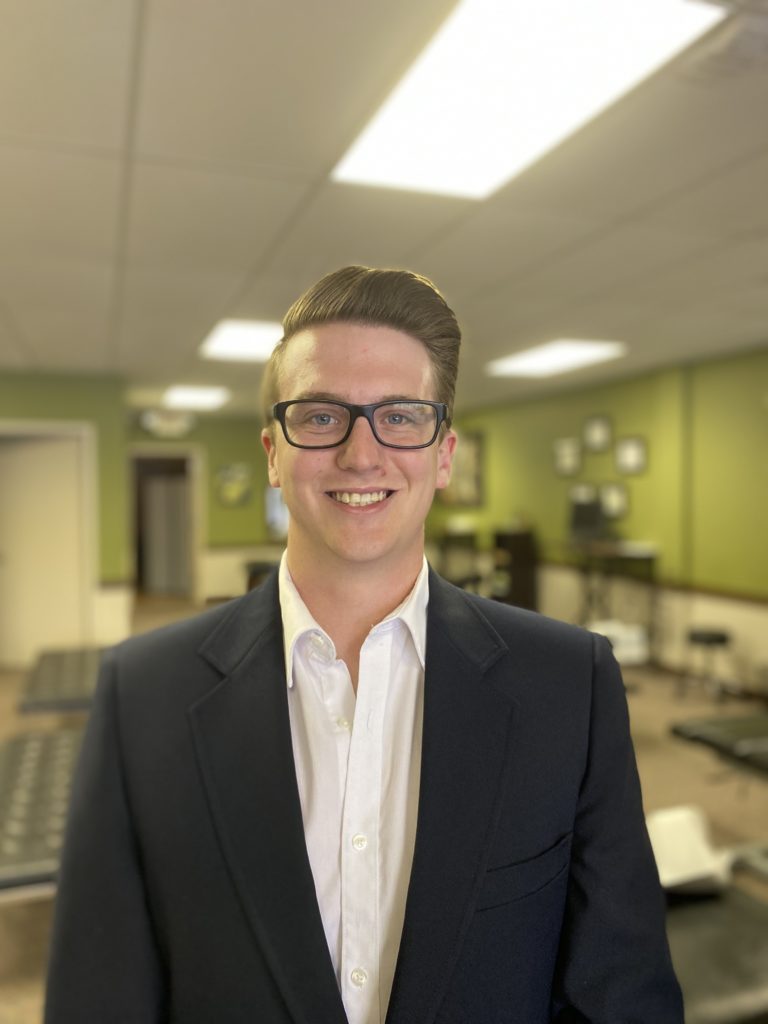 Dr. Grant’s interest in becoming a chiropractor was first ignited six years ago, through his work as a part-time chiropractic assistant, when he discovered the chiropractic philosophy of health. Understanding that the body will heal and maintain itself when it’s free of interference, without medication, was a life-changing realization that led him to sobriety and gave him a new philosophy on life and health. In undergraduate school at the time, Grant was inspired to change paths from studying pharmacy to chiropractic.

While pursuing his doctorate in chiropractic at Life University in Atlanta, GA, Grant served as President of the Student-Philosophy Alliance and helped organize events connecting students with successful and ethical chiropractors in practice who came to speak on campus. He also actively participated for four years in Delta Sigma Chi International Chiropractic Fraternity, serving as Treasurer for two years. Grant can credit chiropractic school not only for his doctorate degree, but also for introducing him to his life partner. Grant met his wife, Aeriel, at Life University and they both share a love for chiropractic and for their two dogs, Chip and Bentley.

Grant is excited to be working with the Functional Chiropractic team to provide high-quality chiropractic care to the citizens of Huntsville. He offers a unique approach utilizing a combination of upper cervical and full spine chiropractic. He is passionate about inspiring people to take care of the body they’ve been given now, rather than waiting until something breaks. Grant’s ultimate goal as a chiropractor is to help his patients achieve health in a way that honors the body’s innate potential.

Outside of the office, Grant enjoys tennis and fishing, as well as gardening. His favorite thing to grow? Vegetables, especially tomatoes and peppers.